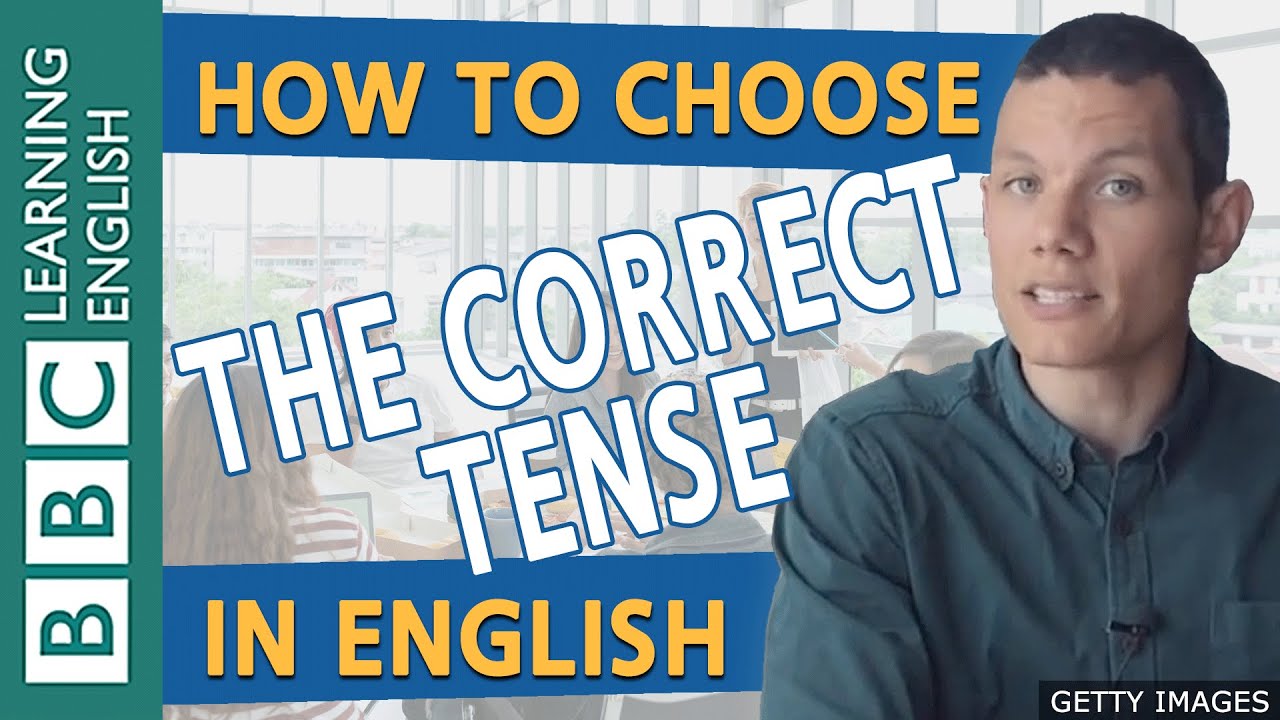 Tenses in English are made of a time and an aspect. English recognises 3 times (past, present and future) and 3 aspects (simple, continuous and perfect.) An aspect is the character of a verb. It adds extra information to the verb’s meaning and reflects the perception of the speaker. Join Dan to find out more.

Are you tense about tense? Well, don’t be! In this session’s masterclass I’ll let you into a little secret of all English tenses – it’s all about character. After this. Ok guys. In this masterclass we’re going to get a little bit theoretical, ok? So try and hold on. Tenses in English are made up of two things. A time and an aspect. Now almost all languages and cultures recognise three times: past, present and future. But what about an aspect?

An aspect is the character of a verb. It adds extra information to the verb’s meaning and reflects the perception of the speaker. Now, depending on who you talk to, there are between two and four aspects, but I like to say three. They are simple, continuous and perfect and all three of them can be used in past, present and future.

The simple aspect is actually not an aspect at all. It does not modify the verb in terms of its meaning, only in terms of its form. And this is because, in all cases, the unmodified verb is enough to express exactly the meaning that the speaker wants to say at the time of speaking. They broadly fall into three categories. We have the long term general truth. For example, I like studying English. We have the instantaneous. For example, I now pronounce you man and wife. And we have the habitual. For example, I woke up every day at 6am last year.

The continuous aspect is formed with some sort of be plus verbING. The focus of this aspect is primarily upon the duration of an event. All progressive forms contain characteristics of temporariness, unfinishedness or in progress-ness. The progressive aspect tends to disregard the end of an action and view the event from the centre. So, an action might be happening at the moment of speaking. For example, I’m making a video right now. Or, around a certain time. For example, before we met I was living in Scotland. Or, simultaneously when another action occurs. For example, When you get home, I’ll be working in the office

The perfect aspect is formed with some version of have plus the past participle. Perfect aspects focus on bridging two times together, and connecting events between one time and another, often through relevancy. An event in the past might be relevant to the present moment. An event in the future could be connected in some way to the present or the past. Perfect verb phrases can describe states. For example, I’ve loved you since I first met you. Actions. For example, I will have gone to the gym by the time you get home. And habits. For example, my father had started work at 9 o’clock every day for the last 20 years.

And of course we can link aspects to create perfect continuous verb phrases. These combine the forms of their two base aspects. For example, have plus been plus verbING, and they combine their meanings. So we can create verb phrases which focus on actions or events with duration with relevancy to more than one time period.

Did you get it? Of course you got it. Now for more information, go to our website bbclearningenglish.com. I’ve been Dan, you’ve been fantastic and I’ll see you next time guys. Remember, don’t get tense! It’s all about character.

33 thoughts on “Grammar: How to choose the correct tense in English”