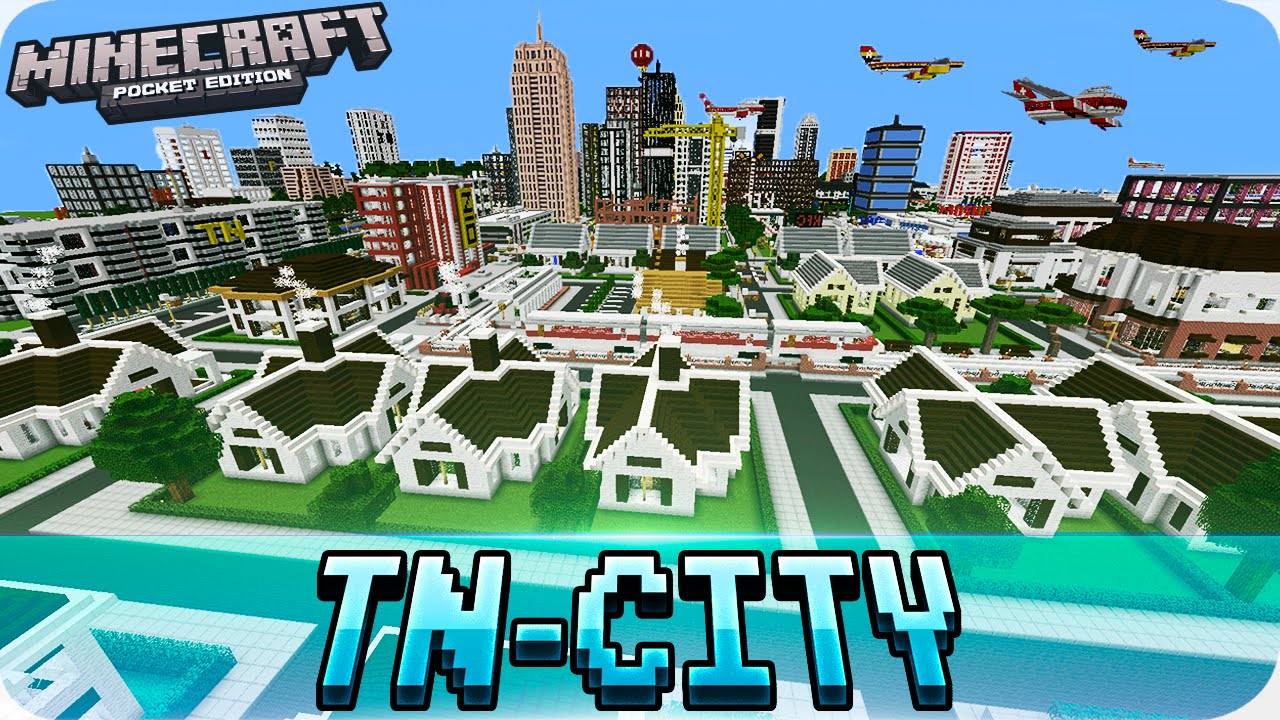 Huge Minecraft PE city named “TN City” for almost any MCPE version, including all the 1.0 and 0.16.0 versions! This video is a cinematic MCPE city tour that shows everything that this city has to offer, for an example police stations, fast food places, shops, houses, skyscrapers and much more! I’m sure this MCPE city would look even better with a texture pack, but I just used the default texture pack. This MCPE city map also has a download link, so you can download it and use it for inspiration, roleplays or just add more buildings to it! (Minecraft Pocket Edition)

► Download the map here:
(Here’s the .ZIP version if it says “incompatible format”:
The map was made by TrungVietNam!

If you don’t know how to install MCPE maps, just search for a tutorial on YouTube! Works on both Android and iOS (phones and tablets)

Do you want to build MCPE cities easily and fast? Then check out this MCPE texture pack called “Mini City”! (not a mod)

Information about this MCPE city:
TN City is a big city which has been in development for over two years by two brothers. The city include a vast variety of areas and buildings. Some of the ones include a big airport, several famous company buildings such as the Facebook headquarters, McDonalds restaurants and even an IBM office building. There are lots of weird things to come across in the city such as a tank in the middle of the street. This city does not have a seed (city seed) since it has been built on a superflat world. It would be much harder to build a city using a seed since the city should be built to flat ground.